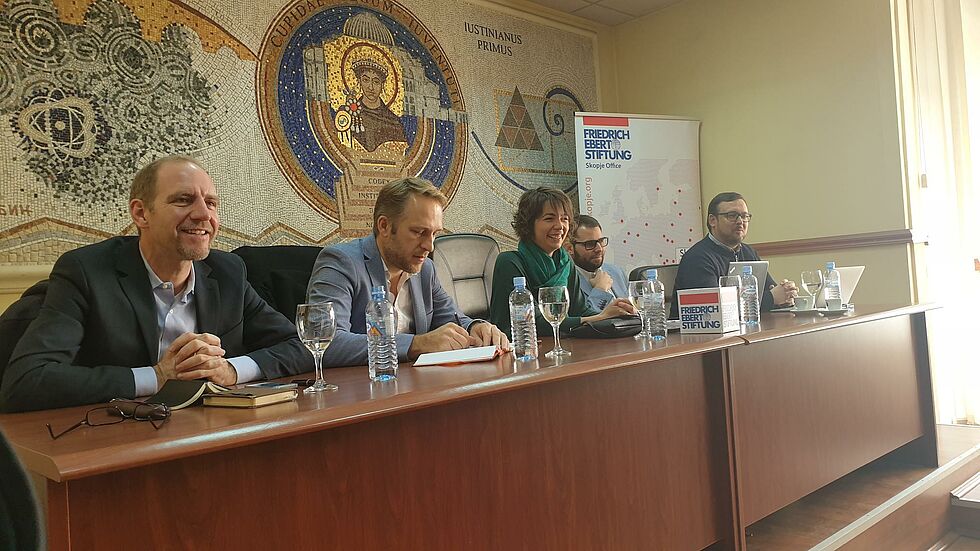 The experts from the region and the countries within the European Union discussed issues such as the growing lack of interest of the European societies' citizens in participating in political life through traditional instruments of representative democracy which ultimately has caused a renewed concern of the EU and its member states for the promotion and encouragement of active citizenship. At the same time, in the post-socialist and post-conflict societies of Southeast Europe (SEE), the lack of democratic tradition, absence of efficient mechanisms of the citizens' participation, and the infinitely prolonged accession to the EU clearly pose additional challenges to any attempt to meaningfully engage citizens.

The initiatives against growing authoritarian tendencies were discussed, most notably the examples of the bottom-up citizens’ mobilizations from the “Colorful Revolution” in Macedonia to plenums in Bosnia and Herzegovina (BiH), as well as wide variety of civic initiatives at local levels in all countries of the region.

While both sets of the discussed alternative democratic practices (democratic innovations promoted in the EU countries and bottom-up citizens’ mobilizations in the SEE countries) have the goal to reinvigorate democracy by promoting the broader inclusion of citizens’ concerns and opinions into the political process, there is a lack of knowledge of their interaction and possible interplay – thus creating the need for creation of more formal platforms for such collaboration. The joint potential for democratizing political processes in SEE was examined by bringing together theoretical inputs and political practice – including a public discussion within the Law Faculty of the State University in Skopje (panelists were Gazela Pudar Drasko, Florian Biber, and Vedran Dzihic with moderation by Nenad Markovic). Only by bringing  higher education institutions, civil society organizations, and research institutions the potentials of alternative democratic practices based on vivid social movements’ practices to democratize SEE societies can be explored.