On June 5th, 2019, Friedrich-Ebert-Stiftung offices of Skopje and Paris (in collaboration with the FES Southeastern Dialogue Office) partnered with the Jean Jaurès Foundation and the Austro-Franco Centre for Rapprochement to organize a high-level roundatable in Paris, France titled “Daring More Europe! More Democracy in the Western Balkans for a Stronger European Union”. 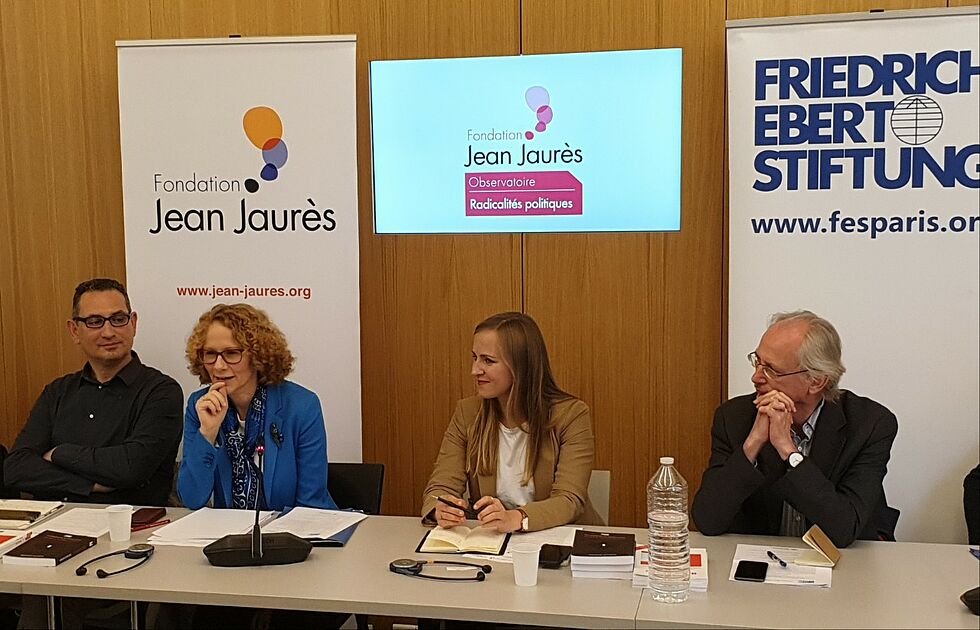 The high-level roundtable reflected critically on the idea of European Enlargement and the current role as well as potential impact of the EU in the Western Balkans. It also approached questions such as: Why is it important for the EU to remain committed in the region? What is at stake in North Macedonia and in the region for the EU? Can North Macedonia and its social democratic government maintain their speed of reforms and become a positive example for security and democracy to the other countries in the strategically important Western Balkans?

The positive feedback from the experts and functionaries reiterated the notion that the progress in the Western Balkan countries can be best seen through the Macedonian example and the Government of North Macedonia.

This event was a continuation of the Reflection Fora Series, FES has organized over the past years in various European countries.