The Prespa Agreement can be defined as a unique diplomatic achievement for conflict resolution and cooperation among different actors in the region. 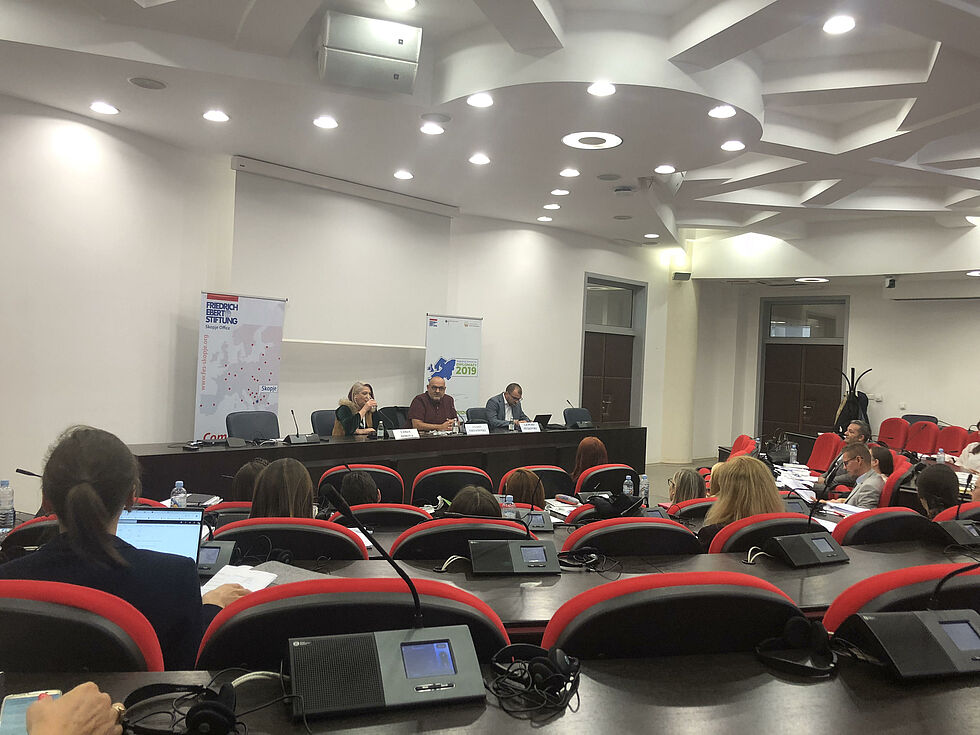 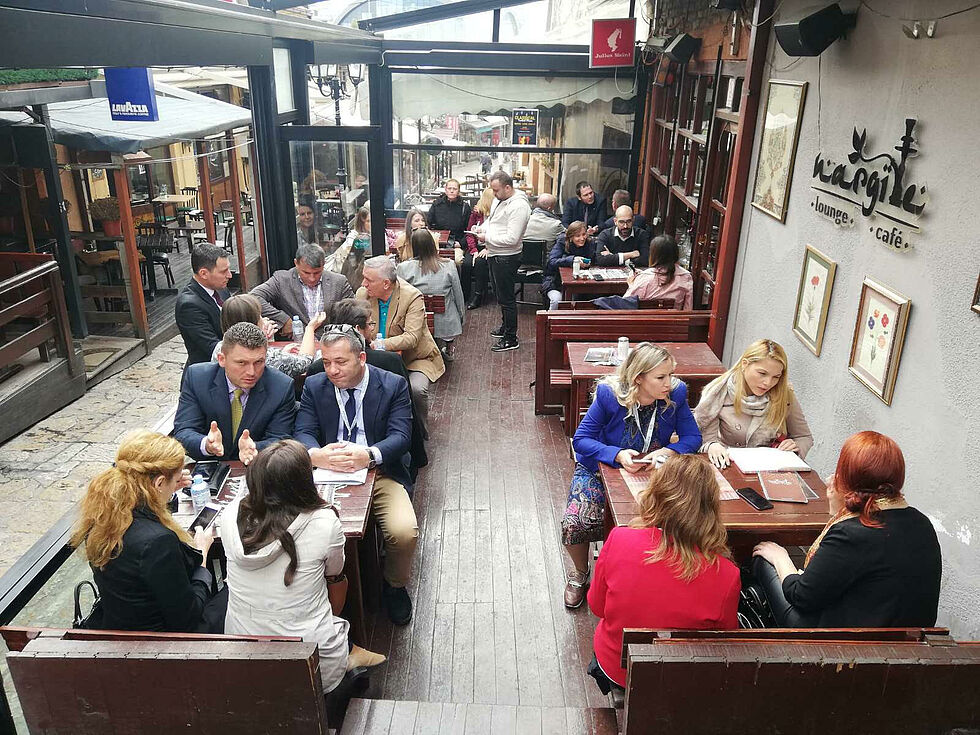 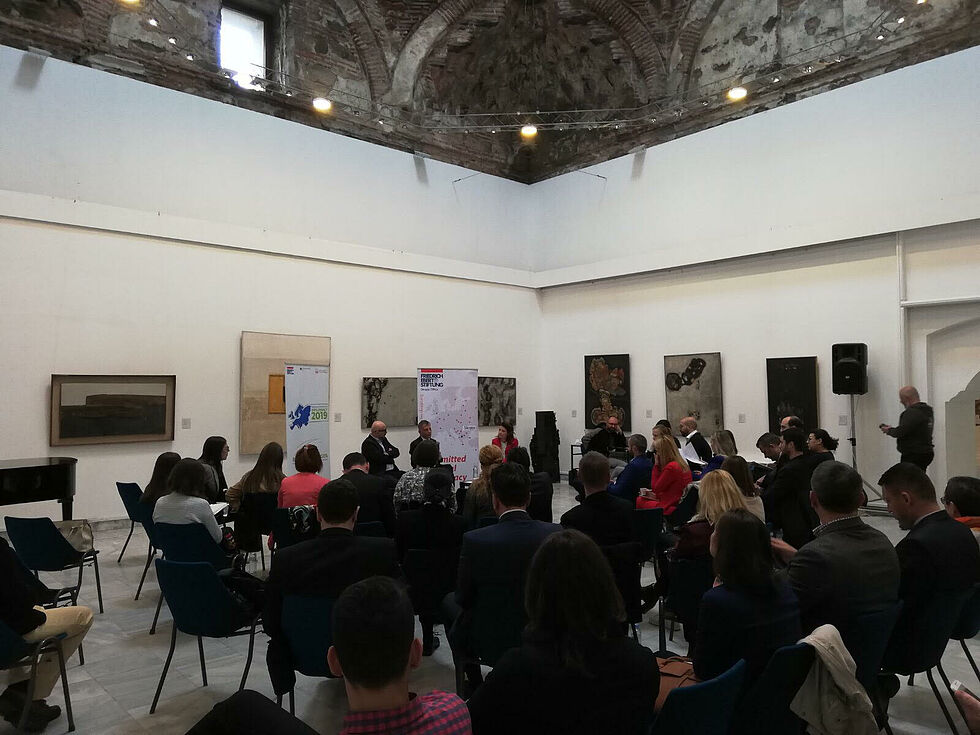 In order to strengthen the connections among young diplomats in the region and discuss the implementation of the Prespa Agreement, the Friedrich-Ebert-Stiftung Skopje and the Ministry of Foreign Affairs of the Republic of North Macedonia organized the Regional School for Diplomacy 2019: Building Bridges through Conflict Resolution in the Balkan Countries.

What are the lessons learned from the Prespa Agreement in regard to diplomatic negotiations and its regional/international implications? What role does soft power, civil society and cultural diplomacy play in the conflict resolution process? And how can the youth of the region be involved in building cross border bridges? These questions and other regional challenges and opportunities were addressed during the Regional School for Diplomacy 2019 which took place from 6th until 9th of October in Skopje. The event brought young diplomats from 8 countries (Albania, Bulgaria, Croatia, Greece, Kosovo, Montenegro, North Macedonia, Serbia) together to engage with a variety of high-level speakers from the fields of politics, diplomacy, journalism, academia and civil society.

During the sessions, the participants discussed with the speakers the resolution of long-standing, regional disputes based on political will, diplomatic efforts, cultural activities and civil society cooperation across borders. Hence, the potentials and challenges as young diplomats in conflict resolution in the region were assessed by engaging with civil society, culture and youth. The establishment of a Greece-North Macedonia Youth Office was particularly relevant during the debates. In addition, a strong emphasis was put on creating a network, exchanging experiences and ideas as young diplomats in the region. All these topics were discussed in regard to the EU integration process.

The young diplomats concluded that the participation in the Regional School for Diplomacy 2019: Building Bridges through Conflict Resolution in the Balkan Countries offered an exceptional occasion for regional diplomatic interaction in order to strengthen a peaceful and united Europe.