On the October 15th, the Friedrich-Ebert Stiftung Regional Dialogue as well as Skopje Office collaborated with Renner Institute in Vienna to organize panel discussion with the Prime Minister of North Macedonia, Zoran Zaev, Stefani Spirovska, president of the Youth Educational Forum in Skopje and Andreas Schieder, Member of the European Parliament as well as chair of the Delegation to the EU-North Macedonia Joint Parliamentary Committee. 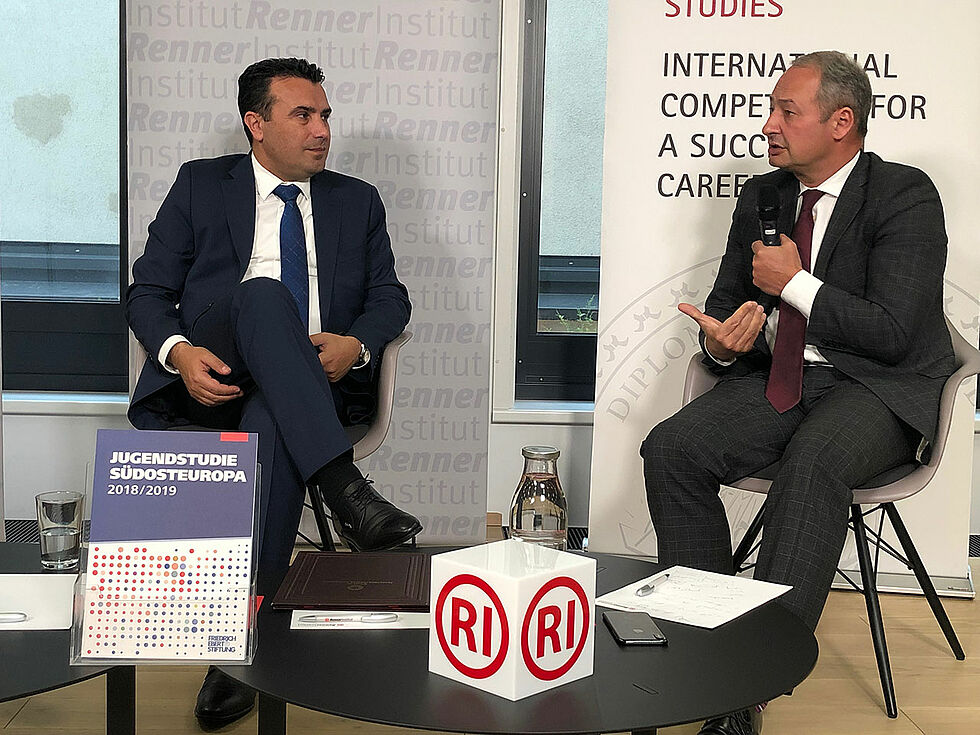 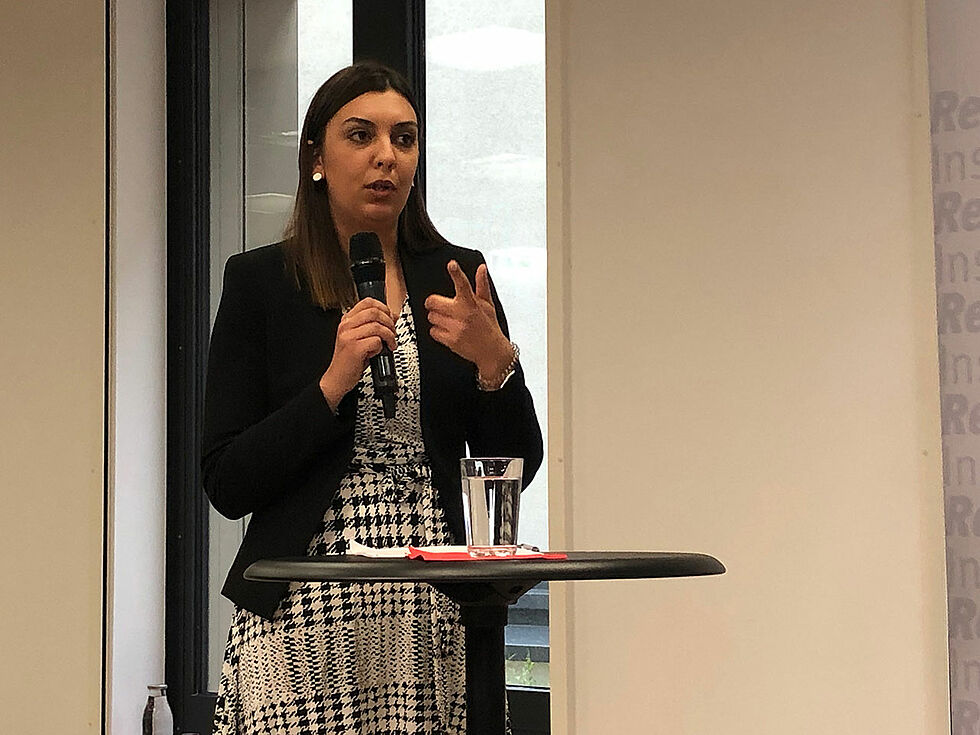 Right before the crucial decision in the European Council, who was scheduled to decide on starting accession talks with Albania and North Macedonia, the event in Vienna highlighted the impressive progress the social democratic government of North Macedonia has achieved so far.

Dr. Maria Maltschnig, Director of Renner-Institut as well as Eva Ellereit, Director of FES Skopje opened the event underlining the important momentum for North Macedonia as well as the region to come closer to the European Union. It is social democratic commitment and determination to European values, that have brought about this important progressive reform agenda in Skopje. Progressive voices and organizations from within the EU not only welcome, but strongly support this change. The event looked back at the challenging and dangerous years of crisis and the remarkable change the new government managed to bring to the country starting mid-2017. The panelists stressed the necessity of positive signals by the European Union to keep up optimism and reform will in the region.

Prime Minister Zaev referred to achievements as the Friendship Agreement with Bulgaria and the name change through Prespa-Agreement, solving a dispute with Greece that lasted for decades. But Zaev’s government has also pushed domestic reforms concerning the social and labor policies in North Macedonia, as well as the future accession to NATO. He emphasized the power of the desire to join the European Union, which was the condition for passing difficult and painful reforms. The hope of starting accession negotiations with the European Union is directly linked to the success in the reform agenda so far. More than 70 percent of people in North Macedonia support a European Union membership but if there is no progress in this regard and the European council fails to acknowledge the reform progress, populism and nationalism will rise again in the Western Balkans and will stall the progress achieved so far. MEP Andreas Schieder, underlined that all groups in European Parliament as well as the European Commission support the start of the accession talks and now that North Macedonia has delivered on implementing reforms, the European Union should make a step forward. Stefani Spirovska, representing the young people of North Macedonia, declared their big support for the European Union and warned that if the accession talks will not begin, optimism will fade and more young people will try to become a member of the European Union by leaving the country.

The conclusion of the panel discussion was that to keep up optimism in the region and support for the European Union as well as democratic developments, the accession negotiations must start. There is a need to reform the process of accession to the European Union but that it can go hand in hand with the process of accession negotiations. Regardless of the Council’s decision, the work that lies ahead of North Macedonia is already carved out. But accession talks with the EU will be a much needed catalyst to actually speed up the reforms and to secure their implementation.

Here you can find the Video of the event.