On November 23, the Friedrich-Ebert-Stiftung, Skopje Office, promoted the Scientific Study "The Big Picture: The Macedonian economy on the medium and long term". 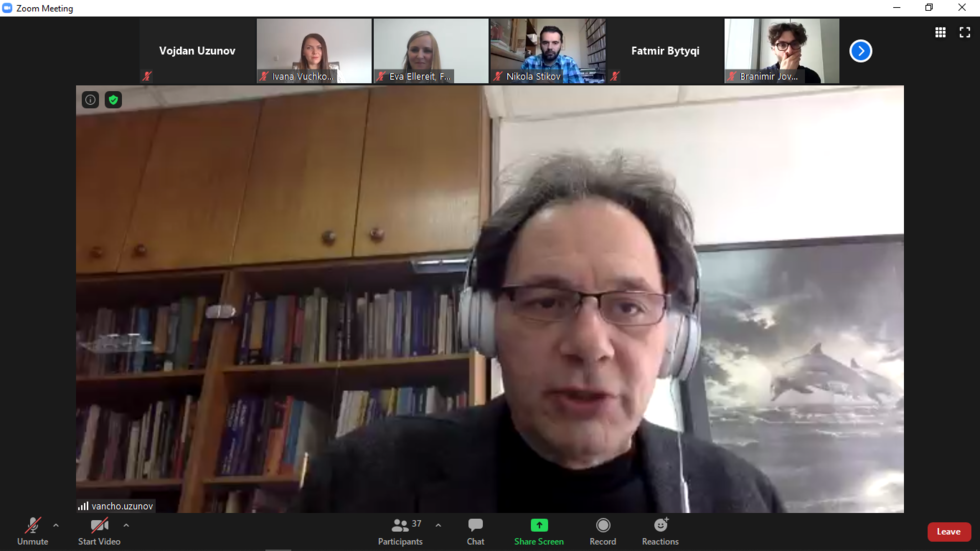 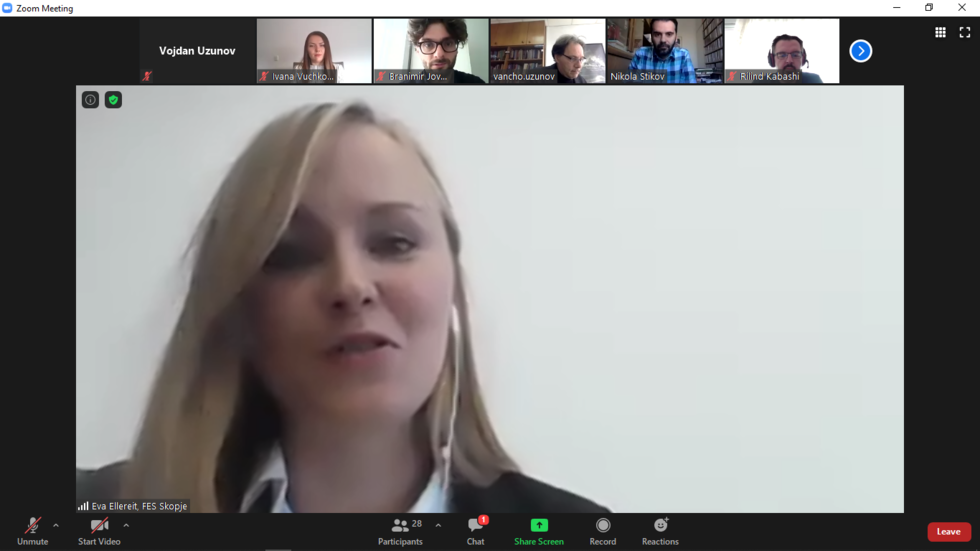 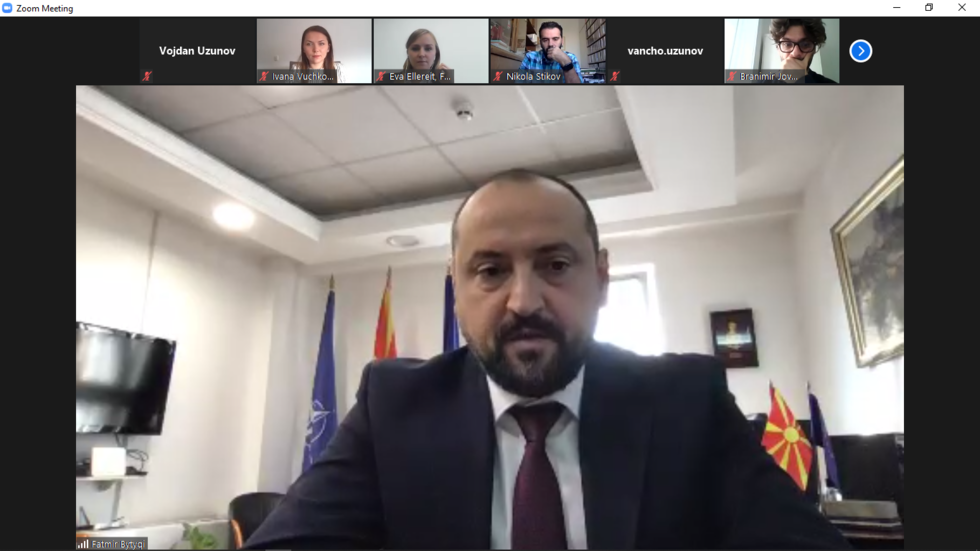 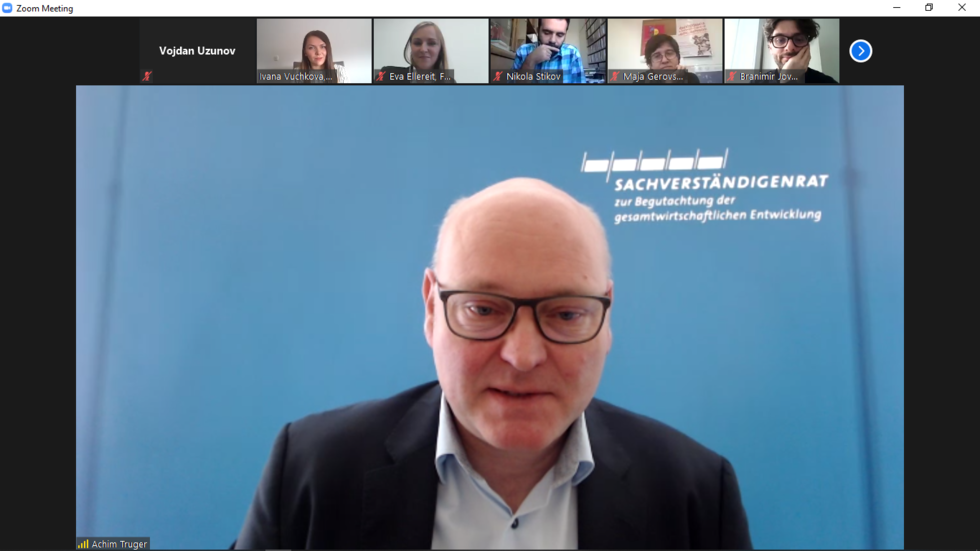 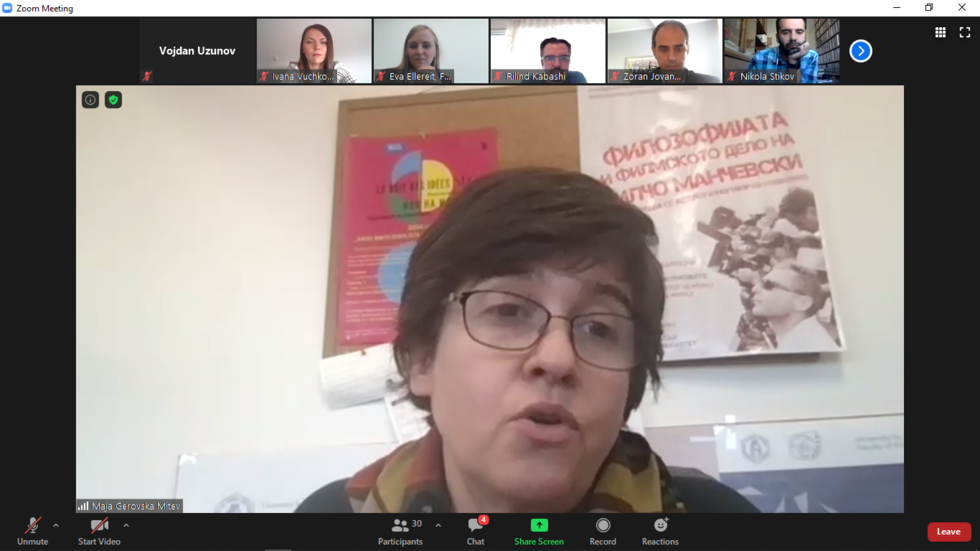 In the times of crisis of unprecedented proportions and economic challenges that have seized the whole world, a plethora of questions have also unraveled regarding the future of the Macedonian economy. For that matter, since the beginning of the crisis until this very day, a group of economists, sociologists, engineers, bankers, former and present ministers, have been working on setting "The Big Picture" for the Macedonian economy.  Even though the challenges did not appease, but rather grew since the beginning of the experts' work, their recommendations point out a series of possibilities for building a better future, if certain strategies and models are used, which depends on the question "Where do we want to see ourselves on the medium and long term?".

In her introductory address, the Director of the Friedrich-Ebert-Stiftung, Skopje Office, Mrs. Eva Ellereit, stressed out that in order to choose the right path, we should first know where we want to be on both medium and long term, which represents the basis for initiating this study.

The Deputy Prime Minister in Charge of Economic Affairs, Mr. Fatmir Bytyqi, who also addressed the promotion and saluted the initiative for making such a scientific study, pointed out that a significant part of the findings and recommendations coincide with the priorities and the focus of the Government's policies in this term. "One of the priorities is a bigger integration of our economy into the international economic flows by creating an intensive dialog and collaboration between the private and public sector, instead of the classical "top-down" or "bottom-up" approach, we are creating a horizontal one which envisages the inclusiveness of all stakeholders, as well as an open dialog regarding important state issues," the Deputy Prime Minister stressed.

The main conclusions and recommendations from the scientific study "The Big Picture: The Macedonian economy on the medium and long term", presented by some of the members of the expert group and University professors: Vancho Uzunov, Gligor Bishev, Maja Gerovska Mitev, and Nikola Stikov, who among other things, suggest that apart from converging towards the EU, the domestic economy's long term priority should be a fair allocation of revenue, i.e. decreasing poverty. There is a need for strengthening the state capacities via greater participation of public expenses in the GDP, and further, the existence of quality Government institutions, where the goal is not (only) to trim the state administration, nor (only) to conduct the "best practices" of managing public institutions, but to reform the complete social and political setup of the surrounding.

Dr. Achim Truger, Professor of Socioeconomics with a focus on Public finances at the University of Duisburg-Essen, and a member of the German Council of Economic Experts, or roughly translated into Macedonian, "wise economists", gave an honorary address at the promotion. He saluted the recommendations from the study and rated them as key, not only due to the relevancy but also because of their credibility, which is derived from the heterogeneity and attention to education, social and economic aspects, digitalization, and the role of the state as especially important when seeking for answers in economics. In his address, he elaborated the Economic Council model as a formal approach of an independent body, which prepares annual reports for the German economy and gives opinions regarding key economic policies. However, Mr. Truger also underlined the benefits from the informal sessions that the German Ministry of Finance holds every second Thursday with economics experts, regarding key macroeconomic parameters and the need for appropriate measures when managing public finances.

The publication can be downloaded on the link: library.fes.de/pdf-files/bueros/skopje/16896.pdf